The Kruger National Park is one of South Africa's gems and most visited tourist destination - a must when visiting South Africa. It is one of the largest game reserves in Africa.

Back in the late 1800's, hundreds of Europeans and farmers came to the Lowveld lured by rumours of gold and the great quantity of valuable commodities such as ivory and skins. This caused the number of game to dramatically decrease due to hunting and trading of animal skins and horns.

The then President of the Zuid-Afrikaansche Republiek, President Paul Kruger was told about the rapid destruction of wildlife in the area by hunters, after which he succeeded to persuade the Transvaal parliament to establish a protected area for wildlife in the Lowveld region.

mi). The very first ranger in the reserve was Paul Bester who made his residence in a rustic rondavel (hut) which is now the site of the headquarters camp, Skukuza.

However, before any effective management could take over, the South African Anglo/Boer War broke out the following year. After the occupation of the Transvaal by British forces, Captain H. F. Francis was appointed as the first Warden of the Sabi Game Reserve in 1901. However, he was killed in action a month later, at the end of July 1901. A former prospector, W. M. Walker, was then appointed as the second Warden on 24 October 1901. He was dismissed at the end of January 1902 after proving to be a dismal failure in the post. Finally, the new British administration appointed James Stevenson-Hamilton as Warden of the reserve in July 1902.

To assist him in his duties, the new Warden started appointing the first game rangers. Each one was given the responsibility of a section of the reserve. Captain E. G. (Gaza) Gray and Rupert Atmore only lasted for a few months and they were replaced with Harry Wolhuter (August 1902) and Thomas Duke (December 1902). They were stationed, respectively, at Pretoriuskop and Lower Sabie.

In May 1903 Cecil Richard de Laporte was appointed to the Kaapmuiden post. Shingwedzi Game Reserve, now in northern Kruger National Park, was proclaimed in May 1903. Apart from Stevenson-Hamilton's duties as Warden of the Sabi Game Reserve, this new reserve's administration was also added to his responsibilities. He visited and explored the Shingwedzi Reserve for the first time during September and October 1903. He appointed Major A. A. Fraser as the first ranger for this new reserve in 1904. The eccentric Fraser was stationed at the Malunzane rangers post, not far from the present Mopani rest camp. Proclamation No. 31 of 1906 restricted hunting in a large area between the Olifants and Letaba Rivers. In 1911 Stevenson-Hamilton reported that there were 4,100 people living in the Sabi Reserve.

After the proclamation of the Kruger National Park, named after president Paul Kruger (1883-1900), in 1926, the first three tourist cars entered the park in 1927. No accommodation was provided for visitors. They made their own camps in enclosures of thorn bush. Tourists could come and go at any time, day or night. The bad roads prevented any speeding. Night driving, 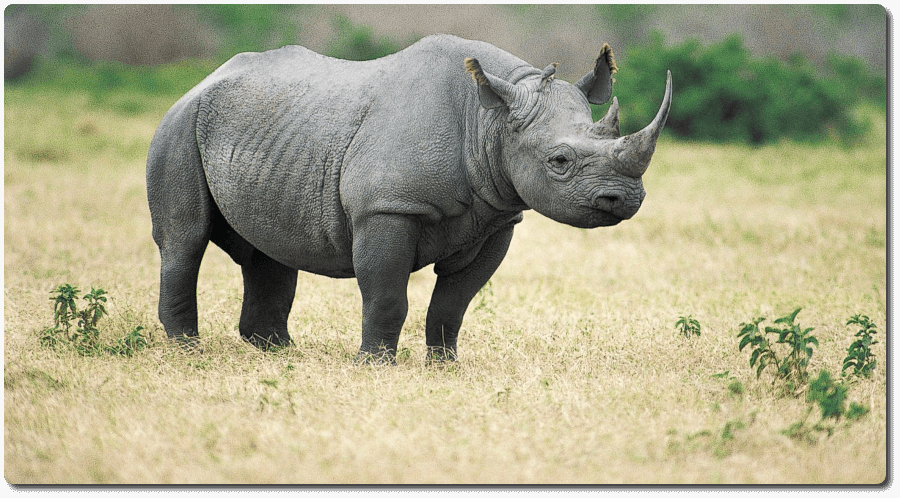 however, had to be ended as too many animals, dazzled by headlights, were getting killed. A rapid road construction program was started in 1927, and by the end of 1929 a total of 617 km of tourist roads was completed. The first roads connected the established ranger posts. The all-year round opening of the park had to be ended in 1929. Not only was the effects of rain chaotic on the primitive roads, it also caused a public relations disaster in March 1929 when a large group of American tourists arrived by luxury train at Crocodile Bridge. With two big trucks as transport, they went on a game drive and soon got bogged down after a big rainstorm. One truck also overturned on crossing a stream. The drenched tourists had to perch in thorn trees to avoid lions. Local ranger Hector McDonald and his staff eventually came to the rescue. It was one big adventure, but the bad publicity started when several of these visitors went down with malaria. Apart from the Pretoriuskop area, from 1930 the park was closed down from the end of October until the end of May the following year.

The construction of roads continued during the Thirties, and by 1934 about 1200 km of roads had been completed. During October 1936, the last black rhino in the park was seen by ranger Harry Kirkman in the dense Nwatimhiri bush between Skukuza and Lower Sabie. Kirkman and three members of his staff observed a lone cow for about half an hour before she disappeared again. It was the last sighting of a black rhino in the park and by 1946 the species was extinct in the park.

Because the park share a long (and unguarded) border with Mozambique, the outbreak of World War II in September 1939 caused no little panic among locals and government officials. In June 1940 an alarming report of some two thousand Nazis concentrating on the Mozambican side of the frontier was received by the chief of the Union Defence Force General Staff. He summoned Warden Stevenson-Hamilton to Pretoria to discuss the situation. The bemused Warden managed to calm down the agitated members of the General Staff after explaining that, not only would the Portuguese authorities allow no such thing to happen in their colony, the arrival of even one strange European in the tribal areas would be discussed within days for many miles around.

Despite the war and a steep decline in the number of foreign visitors, 1940 turned out to be a fairly prosperous year for the park. In July 1941 the Greek royal family visited the park.

Warden James Stevenson-Hamilton retired on 30 April 1946, after 44 years as warden of the Kruger Park and its predecessor, the Sabi Game Reserve. He was replaced by Colonel J. A. B. Sandenburg. Sandenburg resigned at the end of 1953. In 1946 the park resumed with a normal tourist season after the disruption of the war years. The park became even more popular with 58,739 visitors in 1948 compared to 38,014 visitors in 1938. A Zambesi shark, Carcharhinus leucas, also known as the bull shark, was caught at the confluence of the Limpopo and Luvuvhu Rivers in July 1950. Zambezi sharks tolerate fresh water and can travel far up rivers like the Limpopo.

The then senior ranger, Louis Steyn, was appointed to succeed Sandenburg in 1954. During 1959, work commenced to completely fence the park boundaries.

On 13 March 1970 the chief biologist Dr U. de V. Pienaar was promoted to be Nature Conservator. He replaced A.M. Brynard, who became the new deputy director of National Parks in Pretoria. The year 1970 was also notable for being the driest ever known in the park. Every river - even the Sabie - stopped flowing. Hundreds of dead hippos befouled the little water left in the rivers. Fortunately, 1970 ended with heavy rains and vegetation revived throughout the park. Most of the rivers reached their flood levels and the new Engelhard Dam near Letaba spilled over for the first time on 9 January 1971. With the 1970/71 summer rainfall season, the park entered a wet cycle with above average rainfall that would last for the rest of the Seventies. An unexpected result was the population crashes of the zebra and wildebeest populations in the Central District between the Sabie and Olifants Rivers. Their numbers declined respectively from 13,050 and 13,950 in 1969 down to 7,523 and 6,745 in 1975. The Central District's zebra and wildebeest populations supported large numbers of predators like lion and spotted hyena.

The tremendous increase in grass cover during the summer of 1970/71 (and every 1970s summer thereafter) favoured the hunting activities of predators, leading to an out of control decline. To restore balance, the park ceased the culling of wildebeest (1972) and zebra (1974) and re-introduced carnivore control in December 1974 in selected areas. On 17 May 1971 the first two black rhinos were reintroduced to the park since their kind became extinct in the 1940s. In 1972, a further 30 black rhinos were sent from Natal and Rhodesia.

Despite some apprehension, the National Parks Board approved the institution of wilderness trails in the park in June 1977. The first wilderness trail (Wolhuter) was opened in July 1978 near Malelane in the south of the park. It proved to be very popular and more trails were opened soon afterwards. The Olifants Trail opened in November 1979, followed by Nyalaland (August 1980) and Bushman (August 1983).

By 1980 it was becoming clear that the National Parks Board need to take a hard look at the racial discrimination against visitors from different race groups. Not only was there a steadily growing demand from other race groups (especially black and Indian) to visit the Kruger Park (bed occupancy increased from 6,783 in 1976 to 7,371 in 1980 and entrance fees paid increased from 14,733 entrants to 18,967 for the same period); it also attracted mixed race groups from the neighbouring self-governing homelands and independent states such as Swaziland who demanded internationally accepted standards of courtesy. Also, embarrassing situations started happening almost daily during peak periods when visitors had to be denied the 'white' facilities in the park. Increasingly visitors also reserved accommodation under assumed names (or had Afrikaans or English surnames) and insisted on the accommodation they reserved on arrival, leading to yet more difficult situations. Although not allowed to go as far as complete desegregation, the Board decided in June 1981 to open the restaurants to all races and to create more, and equal, facilities for the other race groups. It was only by the end of the 1980s that the segregation of visitor facilities was completely abandoned.

From May and June 1981 onwards, elephant poaching escalated dramatically in the northern Kruger Park. Mozambican poachers, armed with AK47 automatic rifles, shot and killed numerous elephants for their ivory in the area between the Letaba and Shingwedzi Rivers, close to the Mozambican border. At first, the poachers targeted lone bulls, but during 1982 they – using automatic rifles – started firing indiscriminately upon breeding herds. At least 141 elephants were shot and killed between June 1981 and February 1983 with an unknown number wounded. After intensive anti-poaching measures were introduced by park authorities, poaching stopped almost completely by the end of 1983.

The park's tourist infrastructure was significantly expanded and modernised during the Eighties. Starting in 1983, ten new camps (Jock of the Bushveld, Berg-en-Dal, Biyamiti, Talamati, Roodewal, Shimuwini, Boulders, Mopani, Bateleur and Sirheni) were built over the following decade. Apart from Berg-en-Dal and Mopani, these new camps were relatively small. Existing 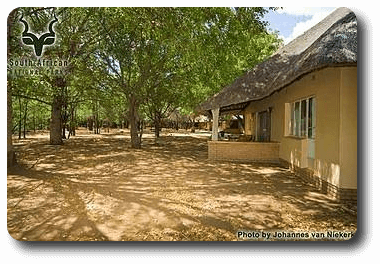 camps were modernised and expanded. New tar roads were also built between Skukuza and Malelane Gate, between Lower-Sabie and Tshokwane Picnic Spot and between Phalaborwa Gate and Mooiplaas Picnic Spot.

In July 1985 Lichtenstein's hartebeest were reintroduced to the park. An initial 26 had been caught and quarantined in Malawi's Kasungu National Park, but after heavy losses due to capture myopathy, only 9 were released in the park. In 1986 a further 15 animals were translocated to the park. Despite sharing a border with two hostile states; Mozambique since 1975, and Zimbabwe since 1980; the Kruger Park was remarkably little affected by the political turmoil in southern Africa between the early 1970s and 1994. The most serious incident in the park was the Gonde-Gonde incident in July 1988. On the 11th, a park vehicle detonated a landmine a few kilometres south of Pafuri. No one was hurt. Over the following two days, park staff followed footprints to the Gonde-Gonde hill near Shingwedzi, where they came under heavy gunfire. A South African Air Force helicopter gunship was called in to help the park staff and a day later two insurgents were killed close to the main entrance of Shingwedzi Rest Camp.

After the democratic dispensation in 1994, the park as undergone numerous changes and upgrades and continues to be one of the most sought after attractions for tourists visiting South Africa. The Park is still, also one of the favourite "break-away" destinations for locals who want to experience nature at its best.

The Kruger National Park is a living memorial to President Paul Kruger and those who have upheld his vision of a protected wilderness reserve which will forever remind us of that which we are so dangerously close to losing.